The FontanaMIX ensemble made its debut in 2002 with a concert at the Bologna Festival. It has been ensemble in residence at the Department of Drama, Art and Music Studies (DAMS) of the University of Bologna, the Musica Insieme Foundation and the Torri dell’acqua auditorium in Budrio, while since 2007 it has collaborated regularly with the Teatro Comunale di Bologna. The interpretation of works of the late twentieth century (from Sciarrino to Scelsi, Berio, Donatoni, Grisey, Bussotti, Cage, Crumb, Ligeti, Nono, Kurtag), together with the proposal of new works often commissioned, represent the main focus of the FontanaMIX ensemble.

In 2004, FontanaMIX created for Bologna the EXITIME project, which annually organizes an event dedicated to an important figure on the international compositional scene. Among other special events realized over the years, the Goldbach Variations project, centered around JS Bach's Goldberg Variations, (in which the performance of the Bachian original is intertwined with elaborations for ensemble and electronics by a group of young composers) and American Lessons, a journey through the history of music reinterpreted through the words of Berio, Calvino and Eco. 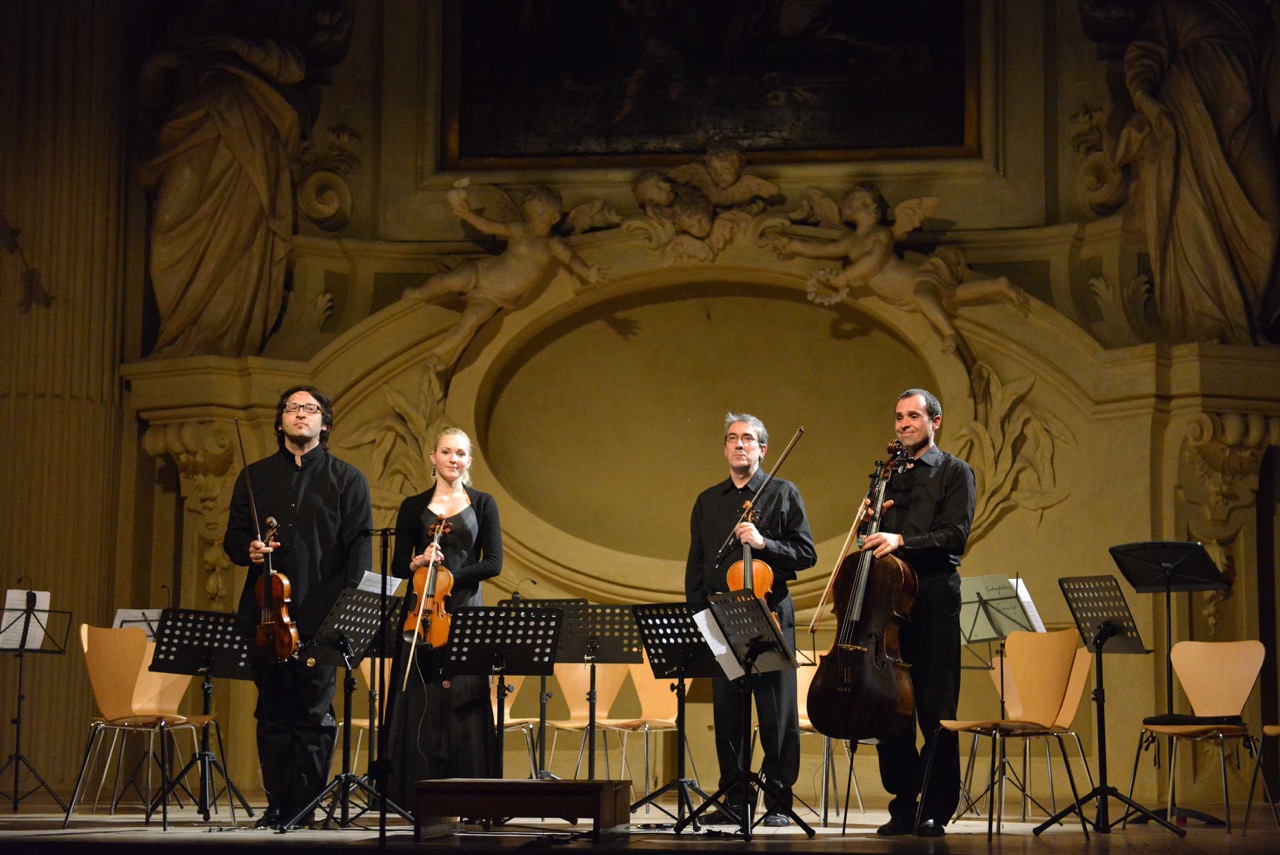