Walter Zanetti, Monica Paolini, Giorgio Albiani and François Laurent have known each other since their studies at the Ecole Normale de Musique in Paris, where they were pupils of Alberto Ponce. Engaged in concert and didactic activity, they have excelled individually in a number of important national and international competitions including the Ville de Carpentras Competition, the Bartoli prize of Salon de-Provence, Bordeaux, the Gargnano competitoin, the Pujol competition of Sassari, the Namur Competition, Belgium, the Alexandria International Competition and the Certamen Internacional Francisco Tarrega competition in Benicasim, Spagna.

Their successful soloist career paths meet again as a consequenze of a common sensibility when in 1990 they debut as quartet Opera Nova. Since then they have performed in Italian and European festivals, receiving both audience and critics acclam, until 2006. Opera Nova enthusiastically welcomes the invitation of the 5th cciMB to perform again together after many years and dedicates its program to the memory of Maestro Alberto Ponce, who passed away in Paris on July 26, 2019. 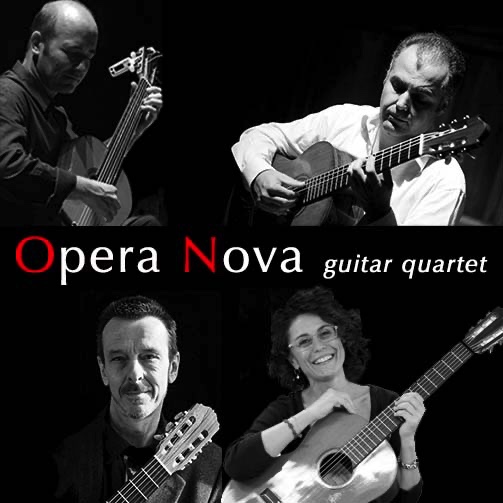