Emanuele Buono has established himself as a musician with unique musical and technical ability to make the classical guitar sing. His full technical mastery combined with high musical sensibility are consistently praised around the globe by the press following his performances and has earned him the respect of the most prominent guitarists today. His latest recording on Naxos was American Record Guide’s Critic’s Choice Award winner. Emanuele’s journey into the international concert scene started with the XIII International Guitar Competition and Festival of Alessandria (Italy) in 2008, where he was awarded the prestigious Golden Guitar as the best young concert-player of the year. In 2009, he won the Gold Medal at the prestigious International Christopher Parkening Competition (Malibu, USA) by unanimous decision of the jury and became the youngest winner in the competition’s history.

Mr. Buono has been awarded numerous First Prize and top prizes at important competitions including Gargnano (Italy, 2008), Ruggero Chiesa of Camogli (Italy, 2008), Split (Croatia, 2009), Fernando Sor of Rome (Italy, 2010), Alhambra of Valencia (Spain, 2012), Gredos San Diego of Madrid (Spain, 2013), Maurizio Biasini of Basel (Switzerland, 2013), and Michele Pittaluga of Alessandria (Italy, 2013). These resulted in an invitation to record for Naxos and Brilliant Classics and to make his debut at D’Addario Performance Series at Carnegie Hall’s Weill Hall (New York) in 2014. He has also been invited to make his début in several major concert halls including the Konzerthaus in Vienna (Austria), Manuel de Falla Hall in Madrid (Spain), Hermitage Theatre in St. Petersburg (Russia), Lysenko Hall in Kiev (Ukraine), Stadtcasino in Basel (Switzerland), the International House of Music in Moscow (Russia), and to undertake concert tours at a number of renowned guitar Festivals in Europe and the United States.

Born in Turin, Italy in 1987, he began his studieswhen he was very young. At the age of eighteen, he was awarded a first-class degree with honors at the Giuseppe Verdi Conservatory in Milan and later proceeded to further his studies at the Accademia Chigiana of Siena, where he obtained the certificate of merit twice in succession. 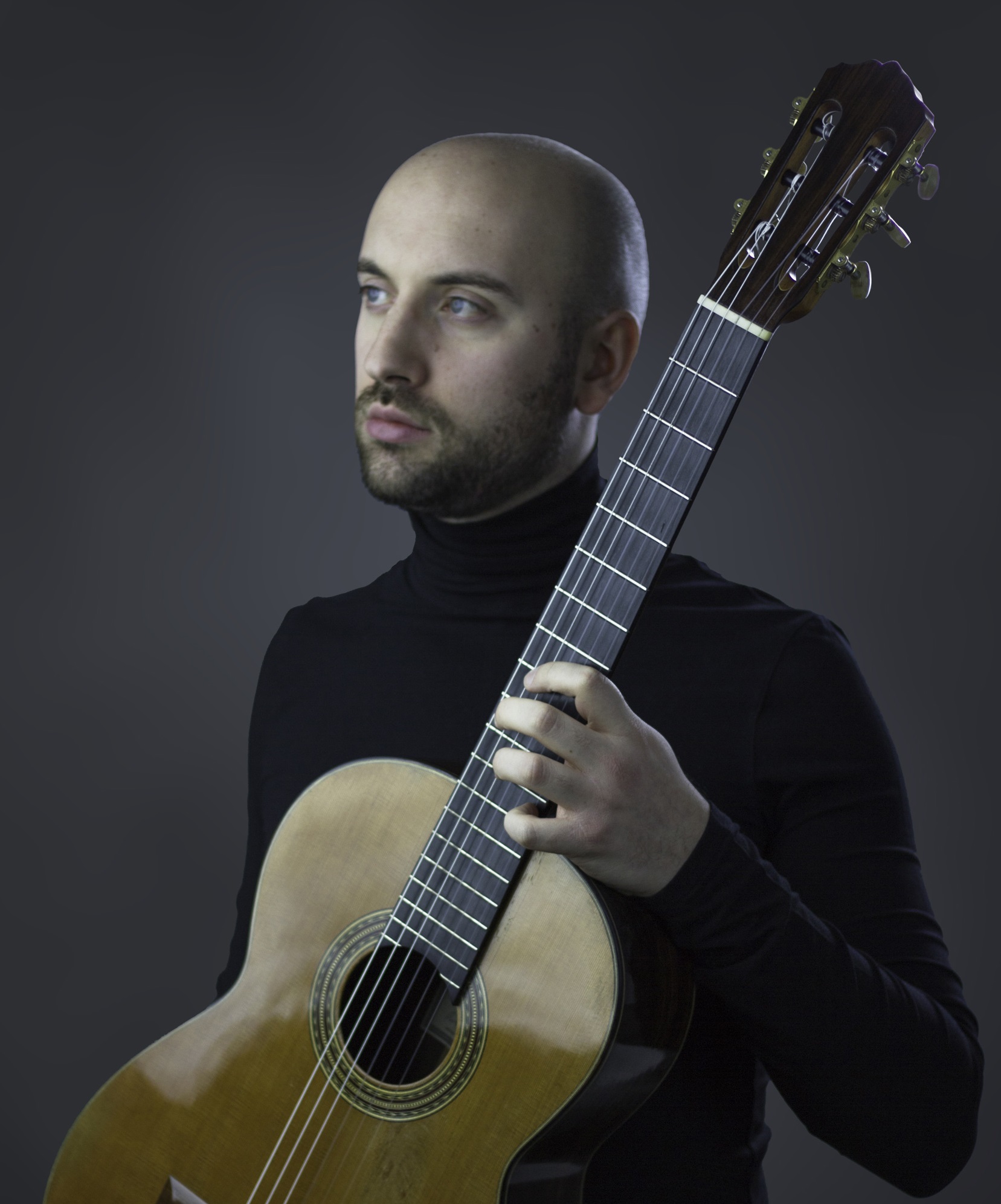