Julien Cattiaux started to play the guitar professionally at the age of 19, and after joining the CIAM music school in Bordeaux he discovered his two passions, flamenco and gypsy jazz. Ten years later, he decided to settle in Nantes and dedicate himself to gypsy jazz accompaniment. Here he meets Tchavolo Schmitt and has the opportunity to accompany him. After meeting Gwen Cahue and William Brunard, Cattiaux decided to move to Paris where he has accompanied many important gypsy jazz musicians, such as Adrien Moignard, Sebastien Giniaux, Romane, Rocky Gresset, Costel Nitescu, Samson Schmitt, Mayo Hubert and Noe Reinhardt. He plays with various musical groups including the Gwen Cahue trio. 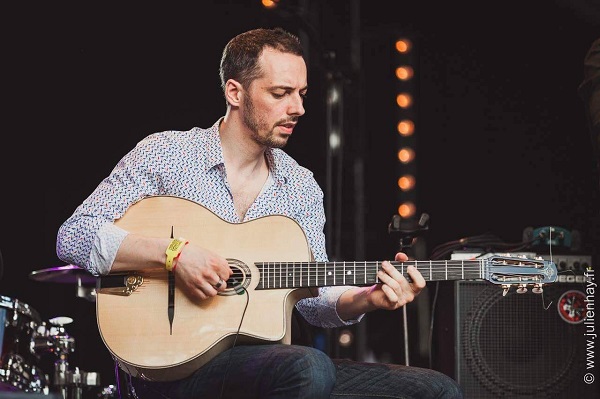