Spanish guitarist Susana Prieto and Greek guitarist Alexis Muzurakis made their debut as Duo Melis in 1999 at the International Guitar Festival of Volos (Greece). Since then they have performed in such prestigious halls as the Berlin Philharmonie, the Concertgebouw in Amsterdam, the Tchaikovsky Hall in Moscow, the Megaron in Athens, and the Merkin Concert Hall in New York. As a duo, they have won numerous prizes, such as first prize at the International Guitar Duo Competition of Frechen, Germany (1999), the prestigious Guitar Duo Competition of Montelimar, France, (2000),  the 21st International Guitar Duo Competition Mauro Giuliani, Italy (2000), and others. Their wide repertoire spans from baroque music to music by Astor Piazzolla, Alberto Ginastera,  and Leo Brouwer. It also includes concertos for two guitars and orchestra by Rodrigo, Castelnuovo-Tedesco and Vivaldi as well as the newly composed concerto of Marek Pasieczny dedicated to Duo Melis.

Susana and Alexis have studied in Spain and Greece, respectively. They continued their postgraduate studies as a duo and as solo artists at the Koninklijk Conservatorium in The Hague (The Netherlands), the Felix Mendelssohn Bartholdy Conservatory in Leipzig (Germany), and the Conservatory Hanns Eisler in Berlin (Germany). Since 2006 Alexis and Susana teach at the Conservatoire National de Strasbourg in France. 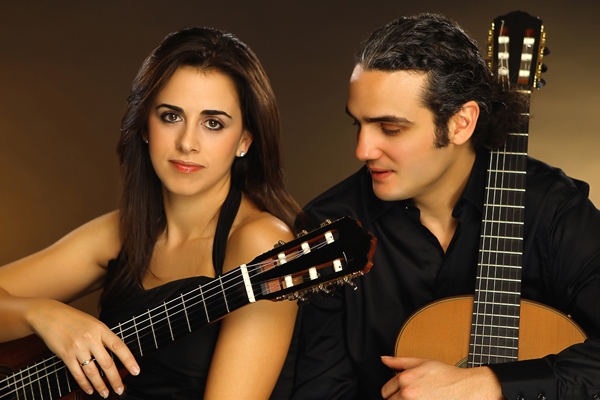