Marie Sans, born in Aix-en-Provence in 1998, started playing the guitar with Arnaud Sans in Cabriès (France). In 2013, she also began taking classes with Laurent Blanquart and in 2015 she received her Diplôme d’Études Musicales. She later attended the class of Pablo Márquez at the Hochschule für Musik in Basel (Switzerland), obtaining her Bachelor of Arts in 2018 in. She is currently pursuing her master’s degree with the same teacher, while in addition perfecting her musicianship through masterclasses by musicians such as Alex Garrobé, Rémi Jousselme, and Judicaël Perroy.

In 2019, Marie won the second prize in the Arpoador International Competition in Carry-le-Rouet (France), while a year earlier, she received first prize in the youth category of the Concurso International de Guitarra José Tomás de Petrer (Spain). As an accomplished chamber musician, Marie Sans regularly plays with Alice Letort with whom she forms the romantic guitar duo Odelia, as well as with their guitar quartet Tacet. Being open to dialogue with other instruments, she also formed a duo with her cellist brother. 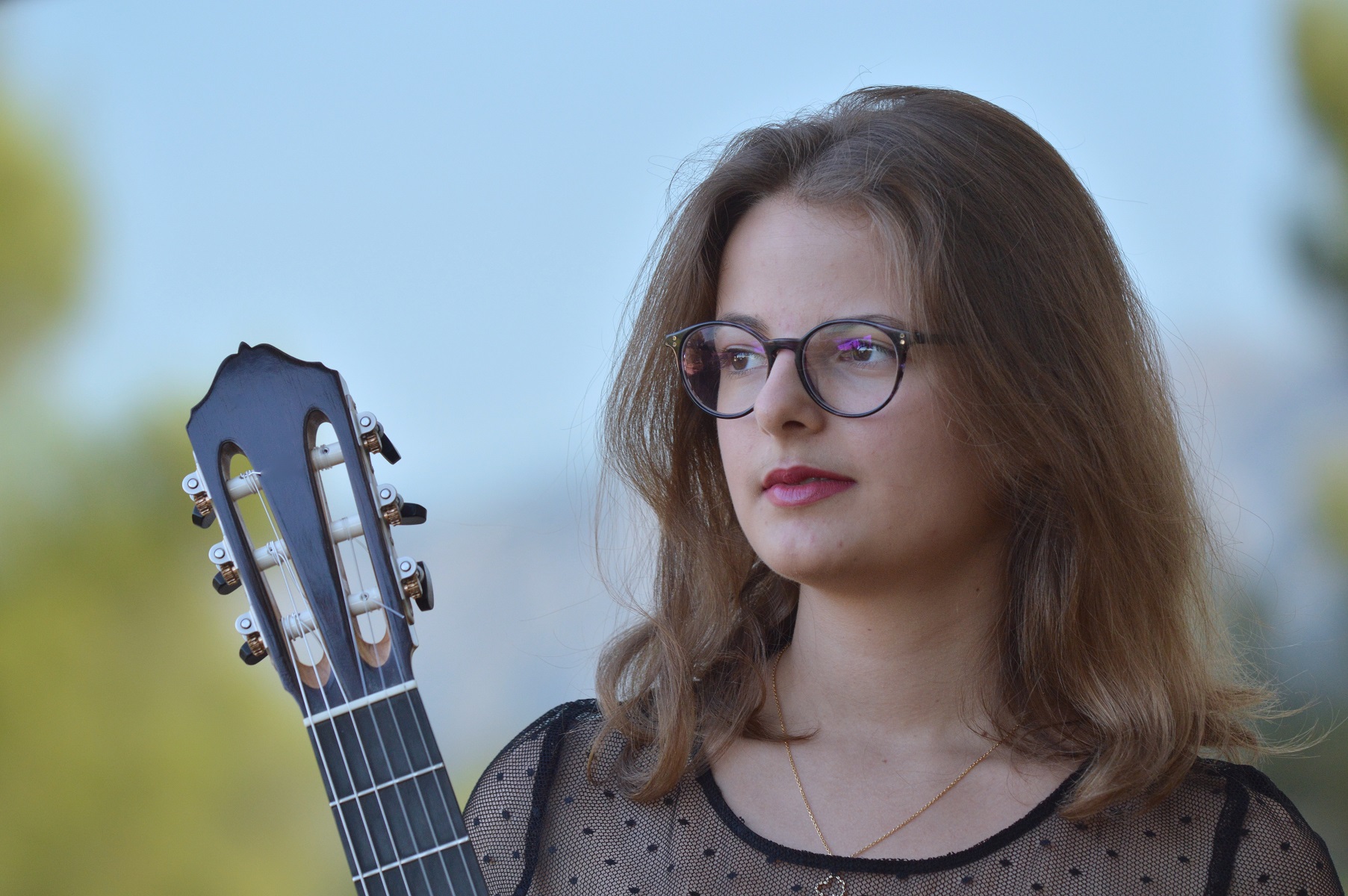