Gérard Abiton is an exceptional classical guitarist and educator who is particularly attentive to the future of young guitarists in many countries (he is cofounder of the training course Rencontres avec l’Orchestre). He has received prize awards in numerous international competitions including the International Guitar Competition of Radio-France (1981) and the International Competition of Musical Execution in Geneva, Switzerland (1981).

He was also awarded the Musicians Artists’ Association Price of Geneva for his remarkable interpretation of Quatre pieces brèves by composer Frank Martin. Gérard Abiton has played and given master-classes in more than 40 countries.

His recordings include transcriptions of sonatas by Domenico Scarlatti, the complete oeuvre of Manuel Maria Ponce and Joaquin Turina, and works by other composers of the first half of the 20th century like Federico Mompou, Federico Moreno Torroba, and Joaquín Rodrigo. Very recently (2021), he has published an exceptional arrangement of the second partita BWV 1004 by J. S. Bach (Fougeray editions).
Gérard Abiton is currently Honorary Professor at the Conservatoire à Rayonnement Régional de Paris and the Pôle Supérieur Paris-Bolougne.
Back Jury 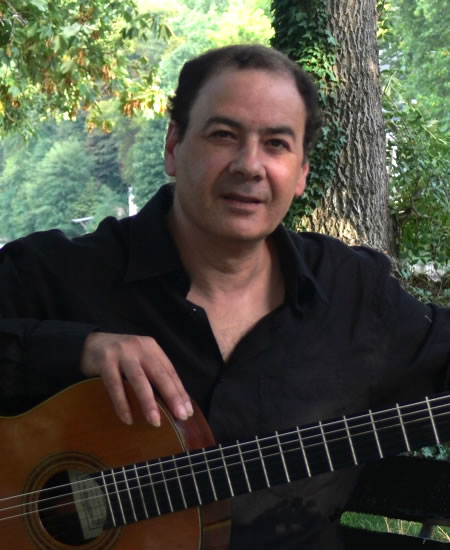